Did the Internet Really Save Music?

Music is older than the modern man and it both predates and transcends the internet. However, the evolutionary impact which the world wide web has had on music is undeniable. It would be more appropriate to say that music would still be here today if the web did not exist, but the musical scene in that hypothetical timeline would be very different from what it is today.

There are both fans and artists who argue that it would be a better world for musicians and music in general, but that’s not a valid argument. To understand why that is not a valid argument, all we need to do is look back into recent history, especially at the 15+ years between the early 2000s and the mid-2010s. However, before getting into the history of recorded music and the role of the internet, it’s more important to understand how the net is helping music grow at every level even now.

How the Internet is Helping Music Grow at Every Level

The internet is working on multiple levels to make music more affordable, accessible, and enjoyable for everyone from professionals to young students. Musical instruments can be quite costly for instance, and that will often deter youths from learning them. It’s also a common issue with intermediate musicians who need better equipment to progress further but cannot afford what they need.

In recent years though, the availability of online rentals has changed things. For example, it’s so much easier to find an affordable trumpet for rent online, than it is to go looking for one at a traditional musical equipment rental shop. The ease and accessibility of hiring musical instruments over the internet is encouraging more people every day to pursue their musical aspirations, be it for professional, personal, or educational reasons. Looking at the flipside, we find that experienced musicians are offering live online tutorials via video calls nowadays.

Online music tutoring enables musicians to find and teach students from almost any location in the world. This seemingly simple connection transcends the physical and geographical limits of a music teacher, helping them generate/supplement their main income at a higher volume than ever before. The fact that willing students across the globe and across all age groups now have a way to learn music from home will have an even more revolutionary impact on the future of music down the line. Speaking of revolutions, let’s take a look back at the recent past to find out how the internet not only saved recorded music, but also revolutionized it for a better, secure future.

Between 2001 and 2015, the music records industry continued to decline at a steady rate for 15- straight years. The record companies were generating 40% less revenue in 2014 and 2015 than they did back in 2000. Even if we were to completely disregard 15 years of inflation, those are some disheartening numbers to say the least.

However, if we did consider inflation rates and the fact that industries with a future do not generally record a shrinking revenue for one-and-a-half decades, coming back was not even considered possible by most. Since royalty from the record sales used to be the main source of income for artists then, it is not difficult to imagine what this meant for many musicians at that time.

Initially, the illegal music piracy business was huge and what they were offering at the time was beyond anything that legitimate companies could compete against. They digitally ripped each track from the original audio CDs and stored them as individual .mp3 audio files. After creating several MP3 playlists based on popular interests/demands, they would burn those tracks onto blank CDs. The CDs were sold at an extremely low price, but the pirates still earned a high profit on every CD they sold.

Note that consumer downloads were still not as feasible in the heyday of piracy, because access to fast internet was neither widely available, nor was it affordable. There was also the fear of being prosecuted for downloading music illegally. Instead, people could simply pay to buy the pirated playlists and still get all their favorite tracks from multiple artists in unmarked CDs. What they paid to the illegal music industry for those CDs was a pittance in contrast to how much it would cost them to legally buy every one of those tracks.

The logic was simple enough back then: why would people pay considerably more money for less music? Once computers, smartphones, and fast internet connections started to become more commonplace, people’s logic shifted to a different one: why pay at all for music when you can download it all for free?

If there was one good thing that came out of this, then that would be the eventual end of music piracy as a thriving business across the world. People were and still are to some extent, still uploading and downloading illegal music. Therefore, piracy on a peer-to-peer level is still very much present to this day. However, consumers no longer needed to pay the middleman for buying illegal music because they were now downloading all the illegal media that they wanted for free and all on their own!

While this severely hampered the activities of professional criminals, the new development did not do any favors for the music industry either. If anything, more people than before started to download illegal music all around the world, leading to even further losses, major bankruptcies, and an even higher rate of YoY decline for the local and global music businesses than before.

How the Internet Saved and Revolutionized the Music Industry

A few years down the line, the world wide web managed to save the legitimate recorded music industry by revolutionizing it completely. Music streaming services such as Spotify, Tidal, Apple Music, and YouTube Music breathed new life into the business aspect of music once again. Spotify had already been there since 2006, but it was still operating at a loss when things started to really change for the better in 2016.

More importantly, even artists who previously scoffed at the idea of digital music finally started to recognize that it’s the only way forward. Major music streaming platforms managed to combine all aspects of creative understanding, acceptance, enthusiasm, adaptation, competition, and consumer convenience together. The recorded music business generated $16 billion in revenue by the end of 2016, marking an 8.84% YoY growth from last year’s revenue ($14.7 billion).

After 2001, this was the first time that the industry saw any significant growth, especially one of such magnitude. Digital streaming services did not only save recorded music, but they have also managed to put the industry on a higher trajectory of growth since then. In 2021, the industry collected $28.8 billion globally, marking an astounding YoY growth of 24.68%.

From what was the lowest recorded revenue in decades for the recorded music business in 2014 ($14.2 billion), the industry has since more than doubled its total revenue in just 7-years ($28.8 billion). Over 70% of those billions came from digital streaming platform subscriptions, ad revenues, and downloads. The way to get Internet On Notebooks 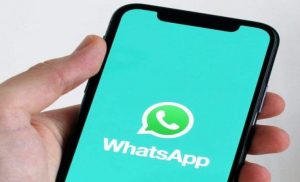 4 Important Points That You Should Not Miss for Advertising on WhatsApp! 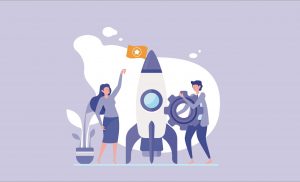 8 Strong Reasons Why You Should Use Agile Project Management